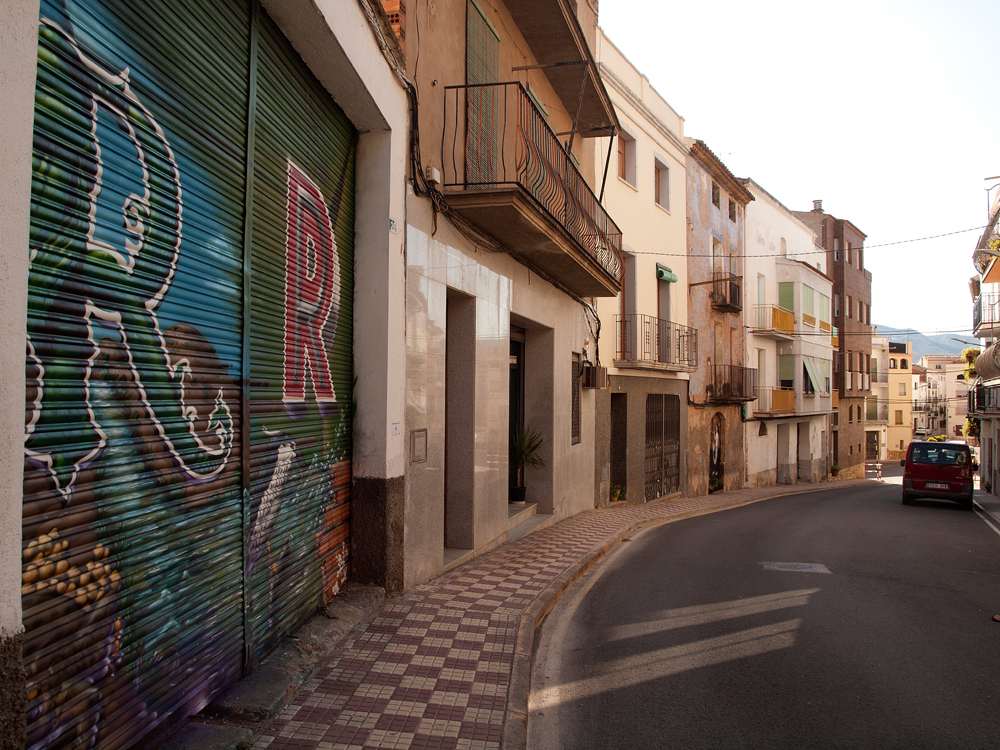 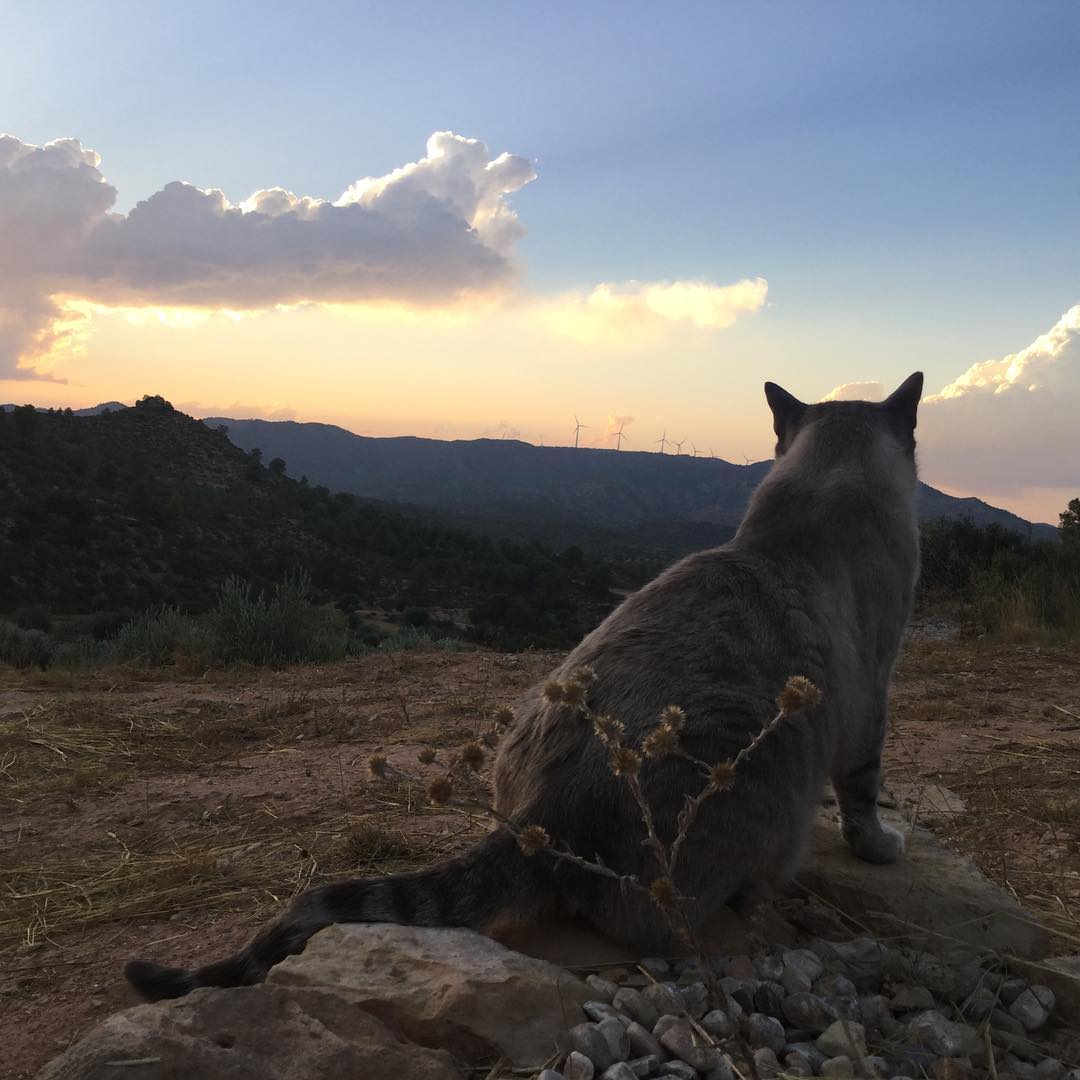 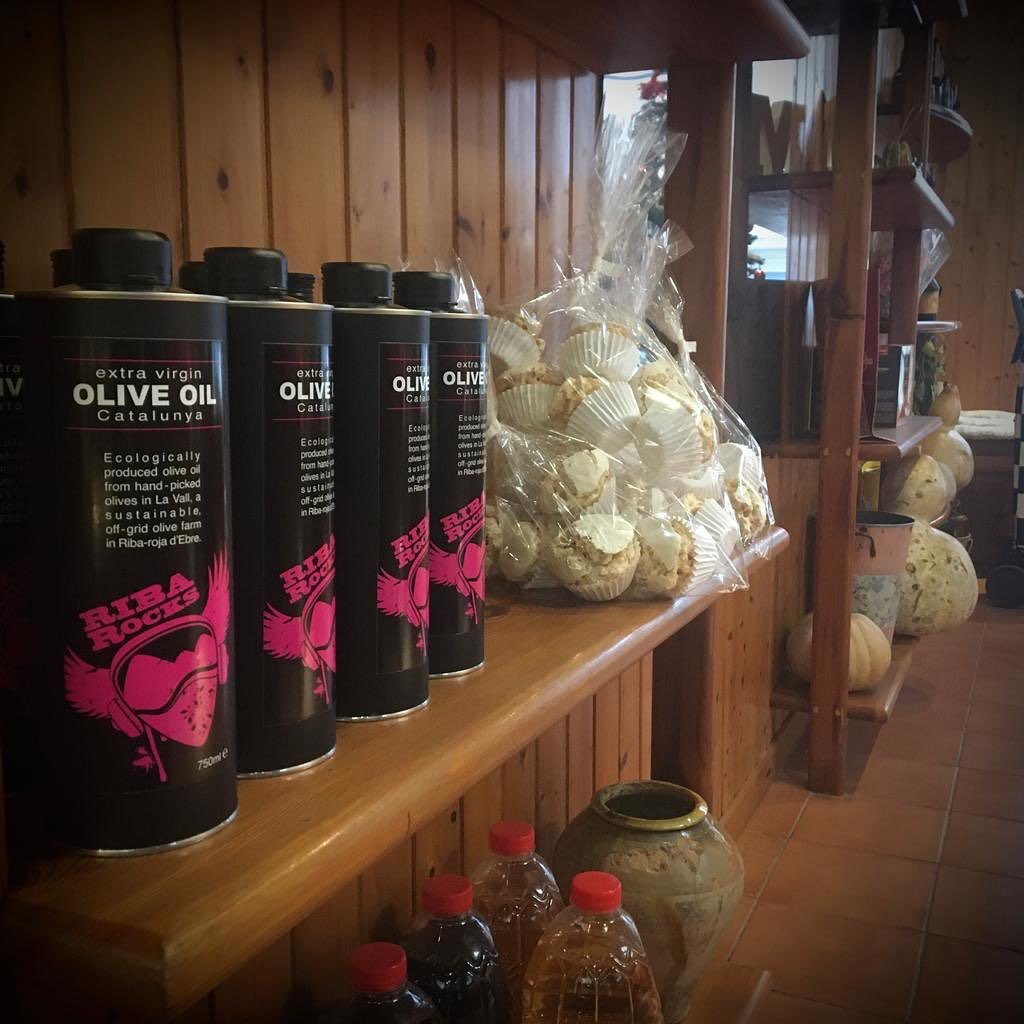 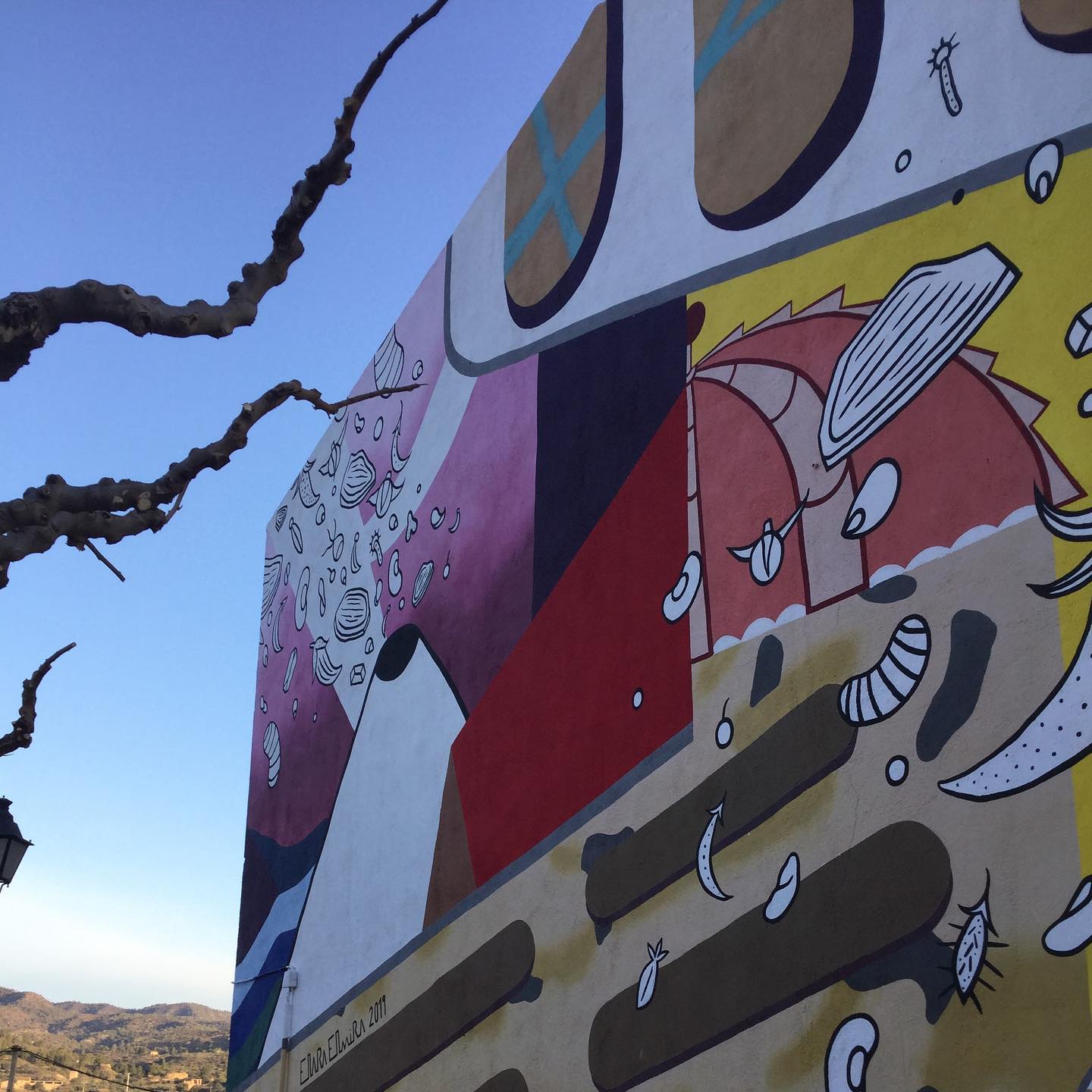 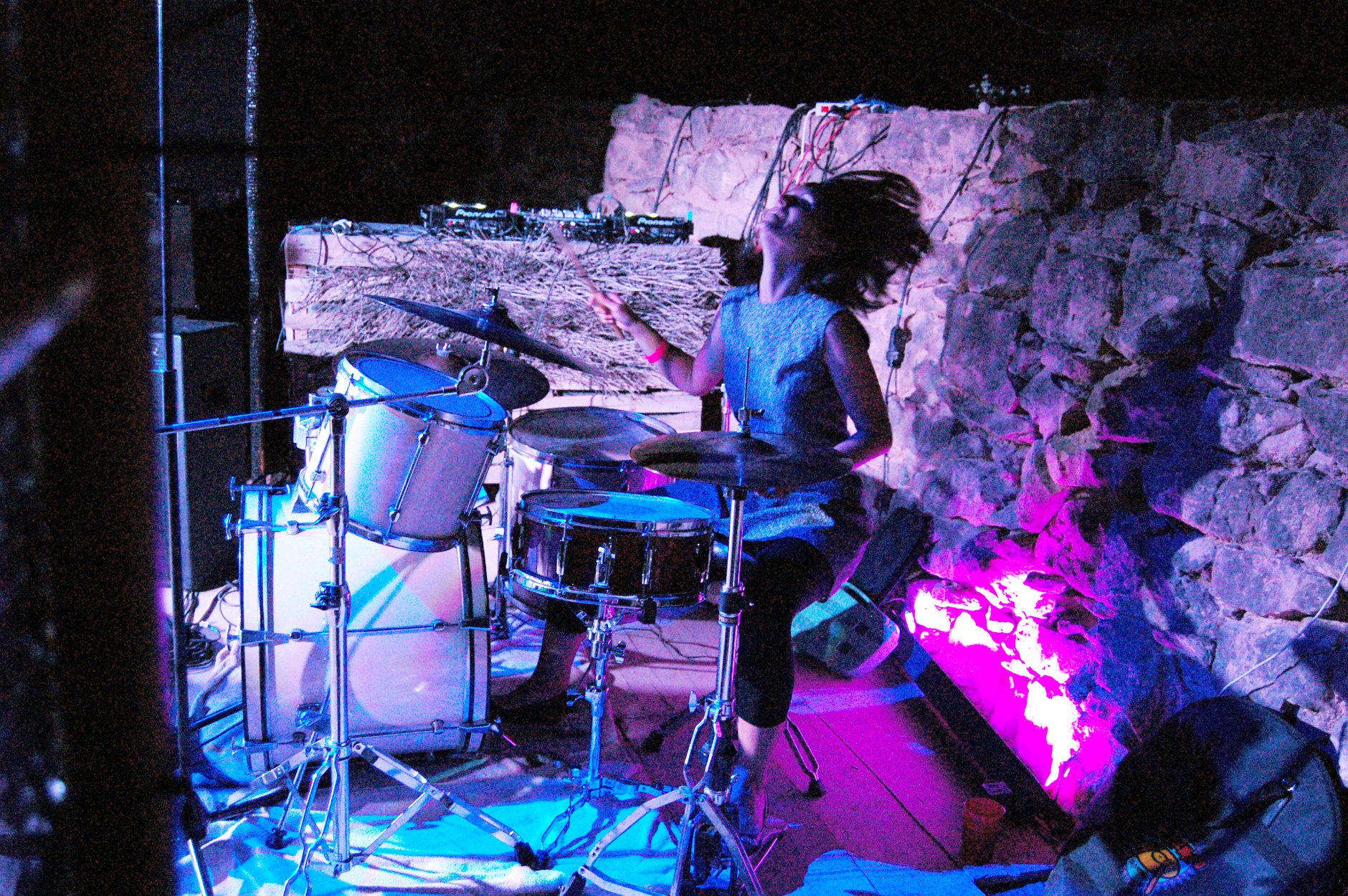 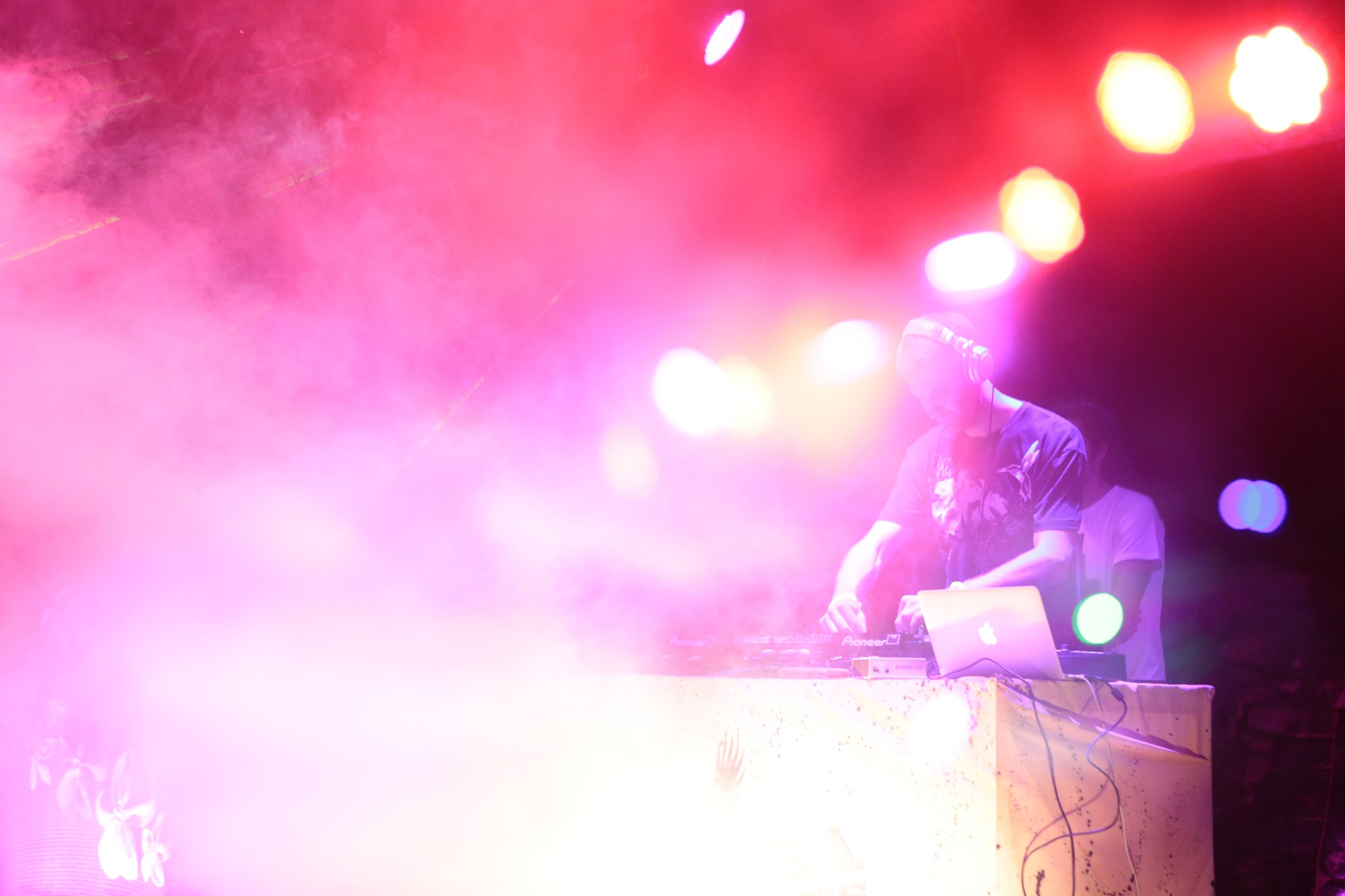 Riba Rocks co-organised the second Riu d’Art project in the village of Riba-roja d’Ebre, which saw the official inauguration on Sunday July 2nd with a tour around the village to view the works, culminating in speeches and live music in La Placa del Forn. 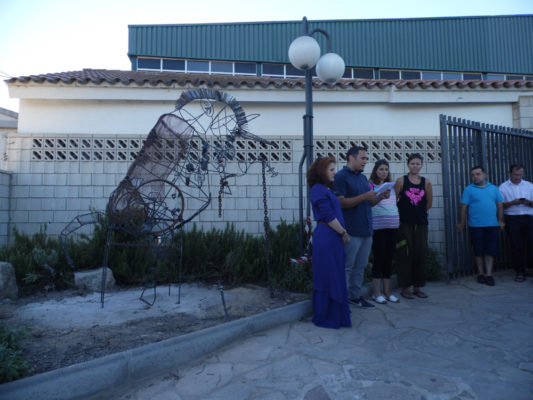 Scottish artist Jen Kilgour produced a steel sculptural work of a donkey/unicorn reflecting the two animals symbolic of Scotland and Catalunya, which has been installed near the Poliesportiu (Sports Centre). 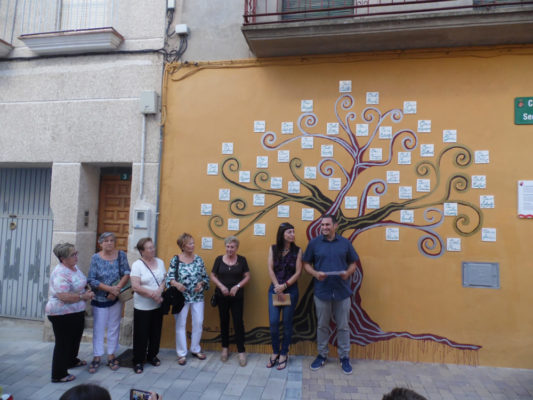 Local artist Isabel Torres Ferrer and her students created a ‘Tree of Life’ mural with ceramic tiles of local house names. Anna Georghiou (British Cypriot artist) and Phil Bird from Devon, UK returned for the second year running to produce a mural entitled ‘Water Carriers and The Woman of the Rainbow’ taking inspiration from the local environment. 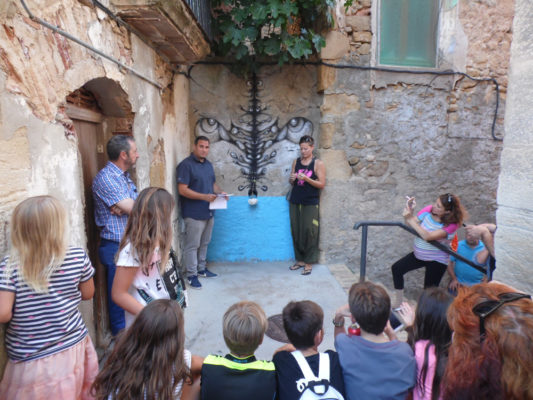 Sarah Misselbrook (originally from Southampton) created a multimedia installation of drawing and hand cast with plant. 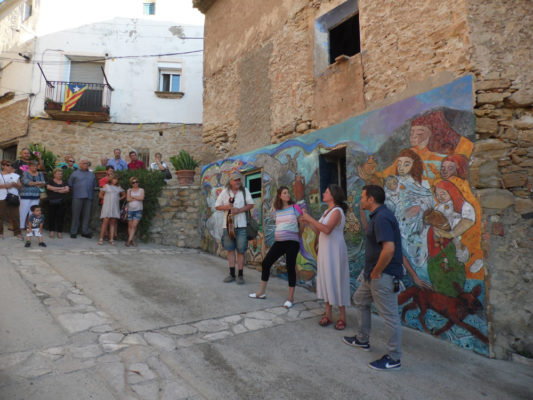 Oliver Hall (Southampton) created a large scale monochrome mural of running legs depicting the annual race in the village and Adrià Cid (Riba-roja d’Ebre) has been working on a series of ceramic plates which will be installed in one of the look out points to the river very soon.

The inauguration was a huge success with over 100 people in attendance and over 1500 watching live online. Live music from Troubadour’s Garden and Adrià Cid brought a wonderful evening to a close.

Grampus Placement May 2022. Organised by Riba Rocks Association with the support of Maria Franquet, Culture Councillor of Riba-roja d’Ebre. In the month of May 2022, Riba-roja d’Ebre saw the arrival of 4 graduates from Scotland and England; Emma Jones, Jodie May Lilley, Diva Keith and Eden Parkes. As part of the Riba Rocks PEATS Placement, the graduates stayed on the off-grid olive farm … END_OF_DOCUMENT_TOKEN_TO_BE_REPLACED